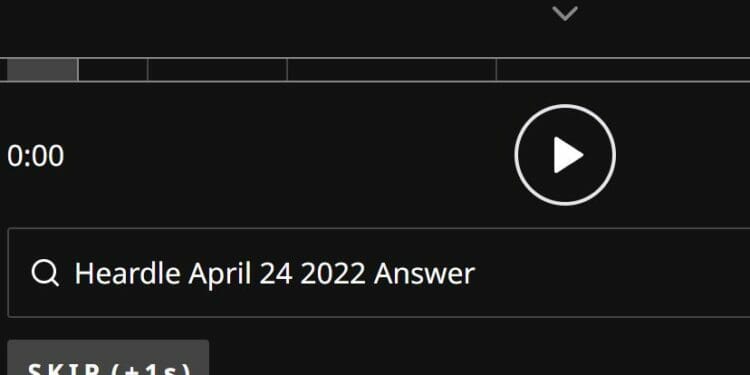 More recently, we saw the release of Heardle. Instead of guessing a word or equation, players need to guess a song. To do so, you need to listen to short clips of the chosen daily song. You can listen to more of the song with incorrect guessing or by skipping a guess altogether.

When you complete a Heardle, you’ll see a countdown near the bottom of the screen, which is for when the next song will release. There’s only one new song that’ll release at midnight local time. However, there’s always a chance different modes will be added. There’s a new Heardle song, number 58, which is now available. Here are some hints and the answer to the April 24, 2022 song.

Heardle’s tracks are fully mixed. One day you might hear a song that was released less than six months ago and the next song of the day you might hear a tune from the 1970s. As a result, it’s difficult to keep a winning streak going for long, which is why we’ve come up with our own hints to assist you.

If the four hints above aren’t enough to help you out and you don’t want to ruin your winning streak, the answer for Heardle 58, released on April 24, 2022, is Lauryn Hill – Ex-Factor.