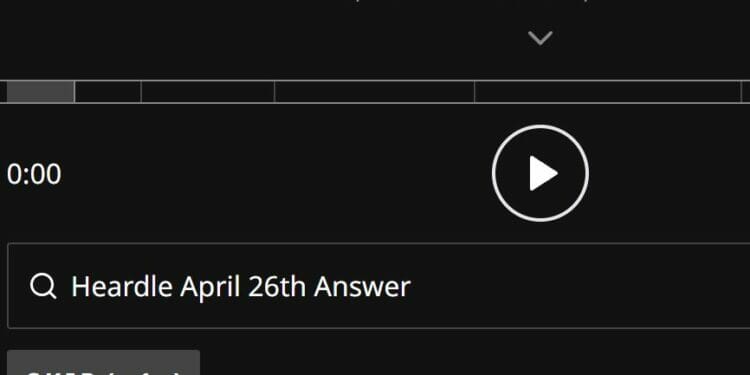 Here are our hints and answer for the Heardle song of the day number 60, released on April 26, 2022.

Heardle was released a month and a half ago, and the player base is continuing to grow unlike other Wordle-inspired games like Dordle, Nerdle, and Octordle.

For those of you new to the game, Heardle tasks players with guessing the daily song in six attempts or less. Each game starts with an intro, and players can start submitting guesses from there.

Skipped or incorrect attempts unlock more of the intro. The game is fairly easy with Heardle providing a list of songs as you type in words into the input box. We’ve managed to guess a few songs in the past by typing in a couple of words from the lyrics we can hear from the intro.

However, there are some intros that don’t shed any light on what the song could be unless you’ve heard the song before, which isn’t always the case. For that reason, we provide our own hints for each Heardle song.

A new song is available at midnight local time, and we publish our articles covering each one an hour or two before it goes live. Below, you can find everything you need to conquer Heardle 60, released on April 26th, 2022.

Here are our hints for Heardle 60: