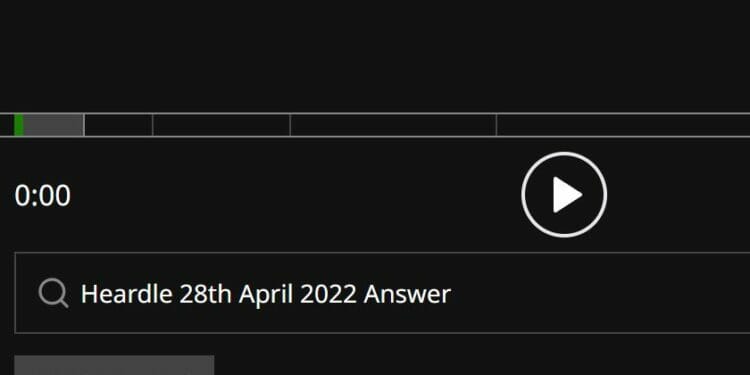 A new song of the day is available today (April 28, 2022) for Heardle 62. As usual, we have hints along with the answer below to help you continue your winning streak.

It’s been a couple of months since Heardle launched, a game that tasks players with guessing the song of the day in six attempts or less. It’s one of the most popular guessing games available right now, and one of few music-related games.

A new song is released each day at midnight local time, and we’ve been providing hints along with the answer for each Heardle. Below, you can find everything you need to tackle Heardle 62, released on April 28, 2022.

Here are our hints for Heardle 62: