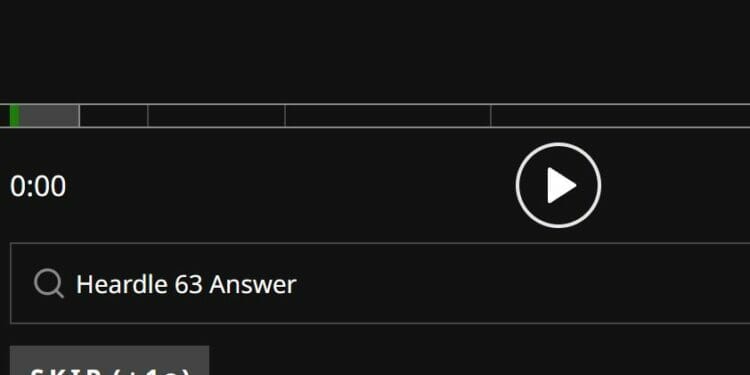 There’s a new song of the day available today (April 29, 2022) for Heardle 63. Here are our hints along with the answer to helping you to continue building your streak.

Heardle, a game that challenges users to guess the song of the day in six attempts or less, has been available for just over a couple of months. It’s currently one of the most popular guessing games available, as well as one of the few music-related games.

Each Heardle song is chosen at random from a list of popular songs. The game begins with an introduction to the selected song for the day, after which players can enter their guess or skip a guess to access more of the song.

There are six components to the beginning that will assist you in correctly guessing the song, and once you’ve finished Heardle for the day, you can post your score on social media.

There have been a few songs in the last month that have been exceedingly tough to predict, with the intro not providing enough information to determine the song. Other songs, on the other hand, are easy to guess even if you haven’t heard the song before, with players merely putting in a portion of the lyrics they hear in the intro and selecting a song from the suggested tracks.

Every day at midnight local time, a new song is released, and we’ve been offering hints along with the solution for each Heardle. Everything you need to know about Heardle 63, which was released on April 29, 2022, is provided here.

Here are our hints for Heardle 63: