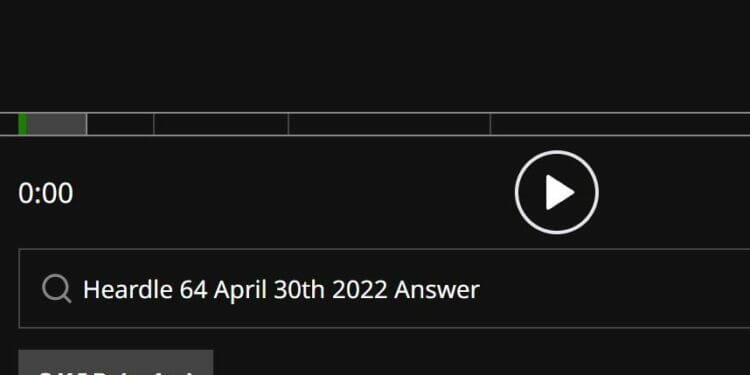 Heardle song of the day 64 is now available. Here are our usual hints and answer for the April 30, 2022 release.

Just over a month ago, Heardle was released after the developer saw the success of Wordle-inspired games. Out of all the daily guessing games we’ve seen since Wordle grew in popularity, Heardle is the most unique.

Instead of guessing a five-letter word, players need to guess the song of the day. It’s one of few music-related games, and it’s been a hit since its release, with more than a few million daily players.

Players need to guess the song in six attempts or less after listening to the song’s intro. Each incorrect or skipped guess will unlock more of the intro, making it easier to guess unless the song’s intro doesn’t include any lyrics, which has been the case numerous times in the past few weeks.

A new Heardle is available at midnight local time. We’ve been covering each song for the past few weeks with our own hints along with the answer. Below, you’ll find everything you need to help correctly guess Heardle 64, released on April 30, 2022.

Here are our hints for Heardle 64: