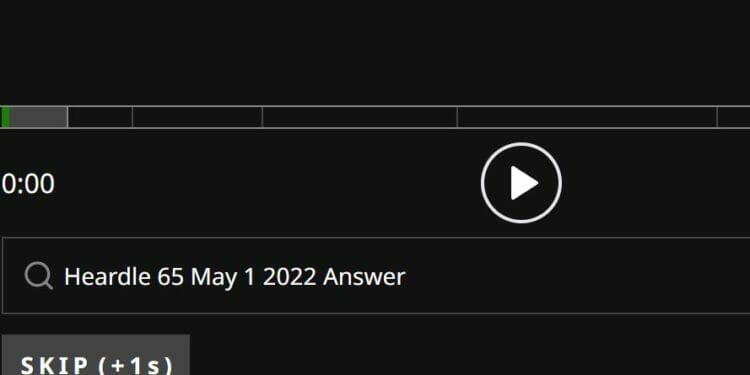 Heardle was released just over a month ago, following the success of Wordle-inspired games. Heardle is the most unique daily guessing game we’ve seen since Wordle went viral.

Unlike most of the other games, Heardle doesn’t task players with guessing a word, but a song instead. Each game begins with players being given an intro to the song of the day.

From there, players can then either submit a guess or skip a guess. If the guess is incorrect or if you skip, you’ll unlock more of the intro to the song. There’s a total of six parts of the song’s intro.

Along with the six parts of the intro, players have six attempts to successfully guess the Heardle song. Even if you don’t know the song, you can start typing in part of the lyrics that you hear, and more often than not, you’ll find the song in the drop-down list of songs.

However, there are days when the intro provides no information on what the song could be, especially if you’ve never listened to it before. For that reason, we’ve been providing our own hints along with the answer for each Heardle, and today is no different.

Here are our hints for Heardle 65:

The answer to Heardle 65, released on May 1st, 2022 is Rage Against The Machine – Killing In The Name