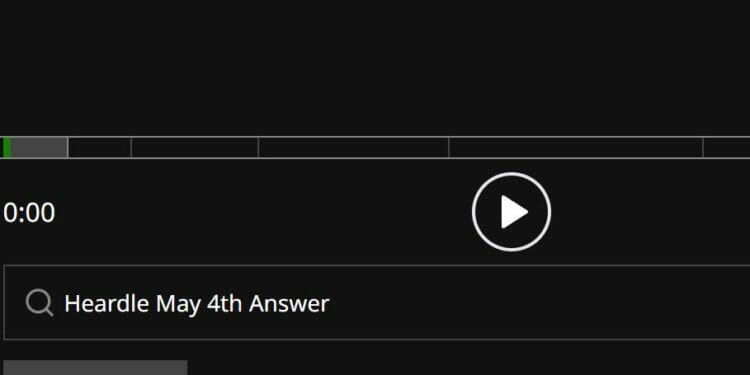 For the past few weeks, Twitter users have been posting a list of games on their to-do lists. Wordle, for the most part, is at the top of that list. Wordle alternatives like Quordle and Dordle are also featured on lists.

Then there are games with a unique twist, like Nerdle, in which players must guess an equation rather than a word. Nerdle is not only one of the more unique games, but the developers are constantly adding new game modes to it.

Heardle is also in this category. Instead of guessing a word or an equation, players must guess a new song every day. Players must listen to a short part of the intro to the song of the day, and more are unlocked after each incorrect guess or by skipping an attempt.

The more you listen to the song, the lower your score will be. You can share your results on Twitter, just like you can with these other daily games. The game’s popularity has already skyrocketed as a result of Spotify, SoundCloud, and other popular streaming services sharing their results.

A new Heardle song of the day releases at the same time each day, midnight local time. We’ve been covering each song since Heardle 11, which was released at the start of March. We’ll continue to cover the game with our own hints and answer for as long as possible, and below, you’ll find everything you need to Heardle 68, released on May 4, 2022.

Here are our hints for Heardle 68: