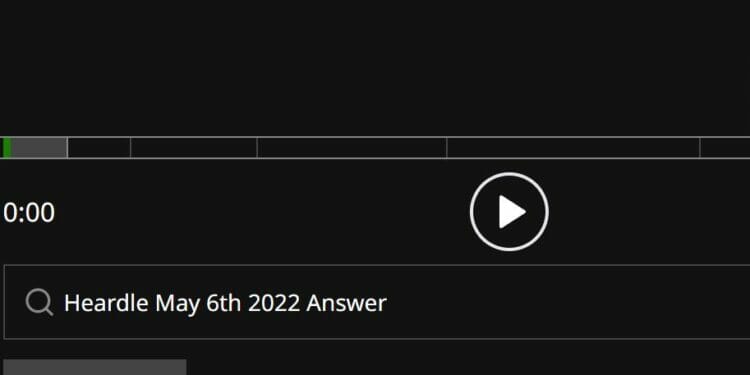 One of the most popular daily guessing games is Heardle. The game was released just over a month ago and quickly gained popularity due to its unique take on the popular daily word game, Wordle.

There are some parallels with Wordle, such as having six guesses. There’s also a share and stats feature, similar to the popular word game, but the difference between the two games is what users must do.

Every day, Heardle challenges players to guess a new daily song. The game will begin with players being able to play a short segment of the daily Heardle song, after which they will be able to either submit a guess or skip one and listen to more of the song.

Before you have to guess the song, you can play a maximum of six short parts of it. However, if you guess correctly, the less of the song you listen to, the higher your score will be.

A new song is released at midnight local time, but a few players usually get around this by changing the date on their device to play the next Heardle sooner.

For the past few weeks, we’ve been providing hints and the answer to the game, and today is no exception. Here are our hints and the solution to Heardle 70, which will be released on May 6, 2022.

Here are our hints for Heardle 70:

The answer to Heardle 70, released on May 6th, 2022 is Stardust – music sounds better with you.