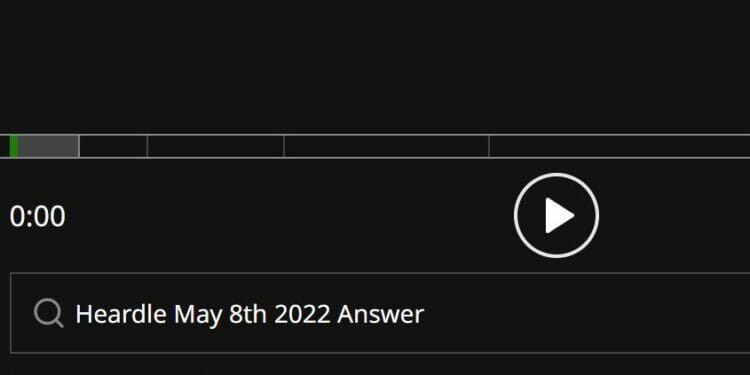 Heardle is one of the most popular games right now and is a musical take on Wordle, the popular word game. The game was released at the end of February and was quick to gain a large daily player base.

Unlike games like Quordle which shares the amount of daily and total players, Heardle doesn’t share anything on the information page. Based on the number of tweets the game gets, we know it’s at least as popular as Quordle.

Heardle gained popularity after several major publications including The Guardian wrote about the game as well as Spotify and popular artists shared their results on Twitter.

For those of you that are new to the game, the premise is simple; guess the daily song in six attempts or less. You start off with one snippet of the song and the more guesses you skip or get wrong, the more of the song you unlock.

There’s a new Heardle available each day at midnight, and we’ve been posting our own hints for the past couple of weeks. Here are our hints along with the answer for song 72, released on May 8th, 2022.

Here are our hints for Heardle 72: