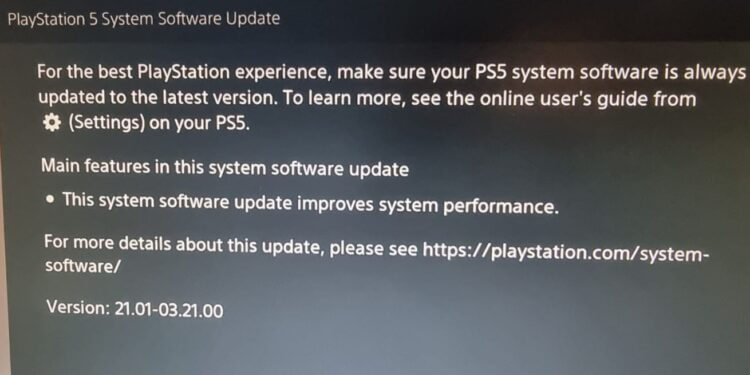 Although the PS5 has been out since the end of last year, people are still finding it difficult to get their hands on one. Players stuck on the PS4 will at least be happy to know that Sony will continue to update the system and recently pushed out an update that improved the performance.

A new system software update for the PS5 was pushed out today (July 8th). As expected, it’s not a major update with any new features. In the update details, Sony simply state that it improves performance.

The update clocks in at just over 902 MB and although there’s no official information in the patch notes provides by Sony, Reddit users are reporting that this update has fixed a local dimming issue with certain Samsung TVs.

Reddit users in the PS5 Subreddit have also noted that the home screen music has been increased in this update with many confirming that this indeed is the case. Again, there’s nothing regarding this in the patch notes, but Sony never reveal too much.

Don’t forget, Sony have opened up beta sign-ups for PS5 updates last month and there’s a State of Play happening later today which will include Deathloop and other third-part titles.