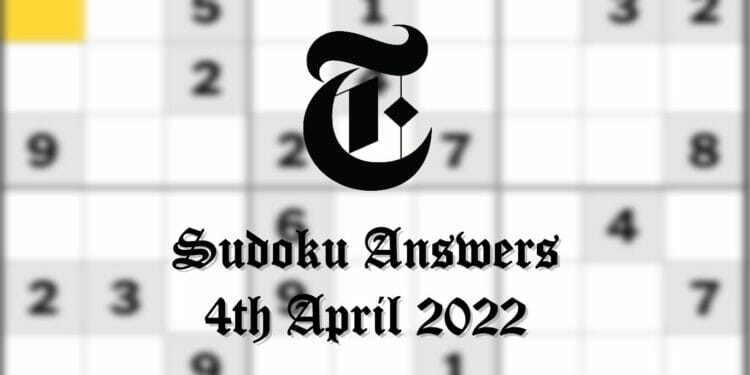 Here are all of the New York Times Sudoku answers for easy, medium, and hard modes on 29th January 2022.

Sudoku is a popular puzzle game where players need to insert the numbers from one to nine into a nine by nine grid, but these numbers can only appear once in a row, column, and in the smaller three by three grids. There are some numbers that are given to players at the start as the base and they must figure out how the other numbers fit in the grid without any one number appearing twice in the line or box.

The New York Times publishes three new free Sudokus on a daily basis, one in each mode, easy, medium, and hard. We will be solving these puzzles every day to help you to complete them and all of the answers for today can be seen below. If you are looking for the answers to the Daily Mini Crossword puzzle, you can click here for them.

The puzzle for the NY Times Sudoku in the easy mode has 38 numbers already filled in for you and you can see the solution for the sudoku released on 4th April 2022 below:

The sudoku puzzle for the NY Times in the medium mode has 23 numbers already filled in for you and you can see the solution for the sudoku released on 4th April 2022 below:

The puzzle for the NY Times Sudoku in the hard mode has 24 numbers already filled in for you and you can see the solution for the sudoku released on 4th April 2022 below:

If you are looking for the answers to the Daily Mini Crossword puzzle, you can click here for them. If you like riddles and logical questions, try out our quiz below!