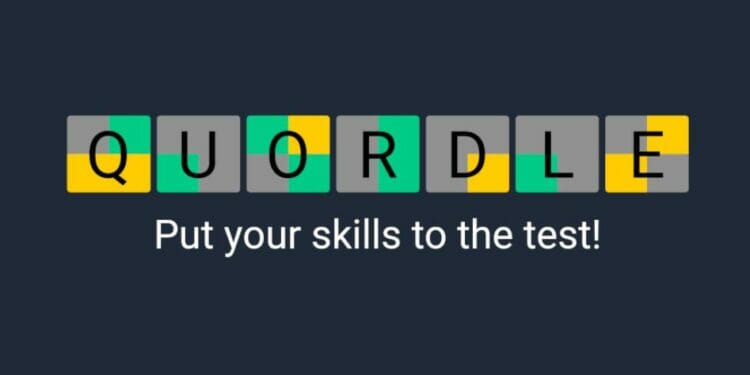 Quordle 267 is now available to complete. Here are hour hints and answers for the four-word puzzle released on 18 October 2022.

If you’re struggling with Quordle 267, which was released on 18 October 2022, you can use our hints and answers below.

Hint 1: Word 1 begins with an S, 2 with a W, 3 with a B, and 4 with an R
Hint 2: Word ending – 1: T, 2: E, 3: E, 4: R
Hint 3: Word 1 – supply a very ungenerous or inadequate amount of something
Hint 4: Word 2 – a piece of wood, metal, etc. having one thick end and tapering to a thin edge, that is driven between two objects or parts of an object to secure or separate them
Hint 5: Word 3 – a brass instrument like a small trumpet, typically without valves or keys and used for military signals
Hint 6: Word 4 – a sudden feeling of cold with shivering accompanied by a rise in temperature, often with copious sweating, especially at the onset or height of a fever. 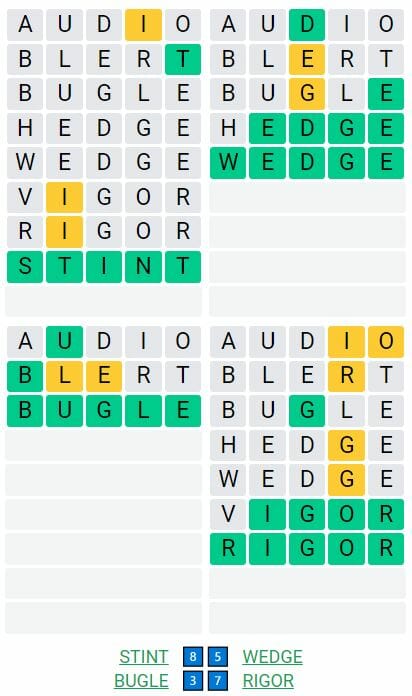