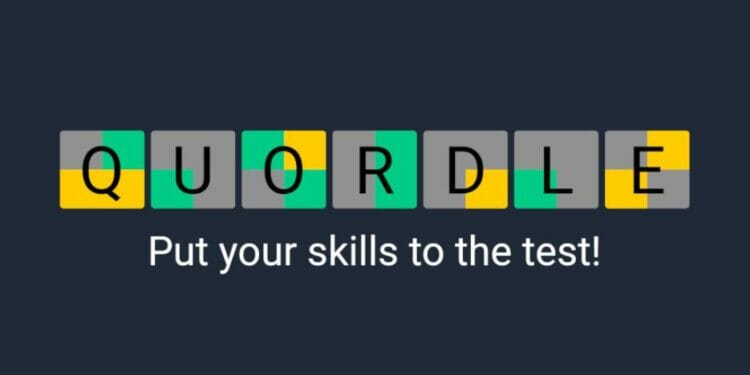 Quordle 273 is now available to complete. Here are hour hints and answers for the four-word puzzle released on 24 October 2022.

If you’re struggling with Quordle 273, which was released on 24 October 2022, you can use our hints and answers below.

Hint 1: Word 1 begins with an S, 2 with a T, 3 with a T, and 4 with an S
Hint 2: Word ending – 1: Y, 2: C, 3: R, 4: W
Hint 3: Word 1 – covered by or resembling slime
Hint 4: Word 2 – a loose garment, typically sleeveless and reaching to the knees, as worn in ancient Greece and Rome
Hint 5: Word 3 – swelling of a part of the body, generally without inflammation, caused by an abnormal growth of tissue, whether benign or malignant
Hint 6: Word 4 – dried stalks of grain, used especially as fodder or as material for thatching, packing, or weaving 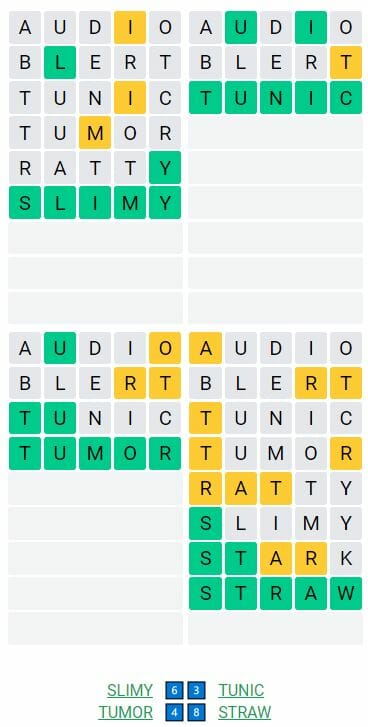