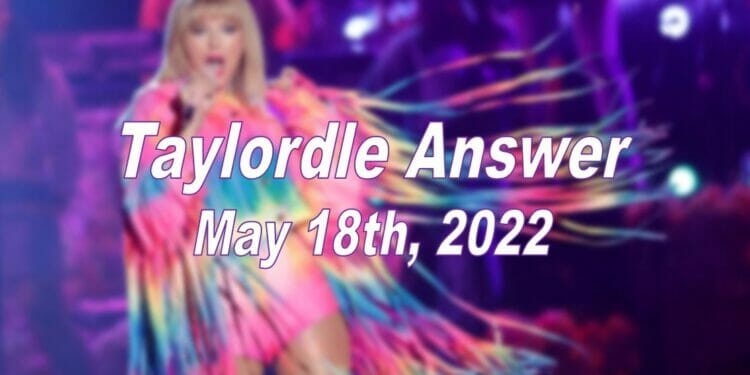 UPDATE: Click here for the hints and the answer to Taylordle 111!

As the word can be difficult at times, we have some hints for the Taylordle 110 word to help you to solve it, which are:

Hint 1: Contains the letter C.
Hint 2: It starts with the letter P.
Hint 3: There are two vowels in the word.
Hint 4: It means the daughter of a monarch.

The answer to Taylordle 110 is…

FUN FACT: Taylor has a royal blood of Princess because she is a direct descendant of Robert II of Scotland who ruled as the King of Scots during the mid 1300s. He is her 20th Great Grandfather from her father’s side.