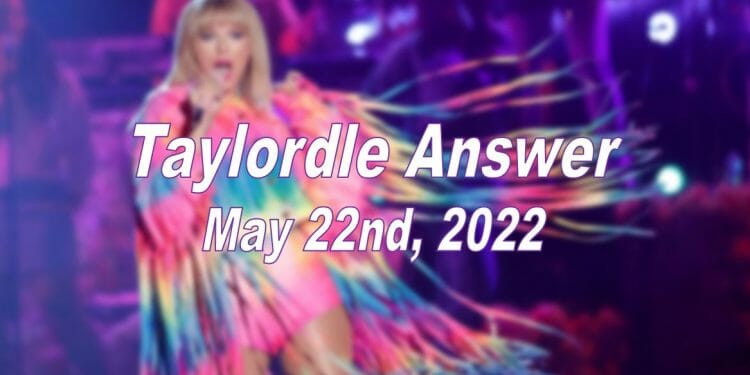 UPDATE: Click here for the hints and the answer to Taylordle 115!

As the word can be difficult at times, we have some hints for the Taylordle 114 word to help you to solve it, which are:

Hint 1: Contains the letter S.
Hint 2: It starts with the letter D.
Hint 3: There is only one vowel in the word today.
Hint 4: It is the first word of one of the songs written by the rock band Train and was covered by Taylor Swift on her Speak Now: World Tour Live in 2011.

The answer to Taylordle 114 is…

FUN FACT: The Speak Now: World Tour Live is the first live album by Taylor Swift and it was released on November 21, 2011.