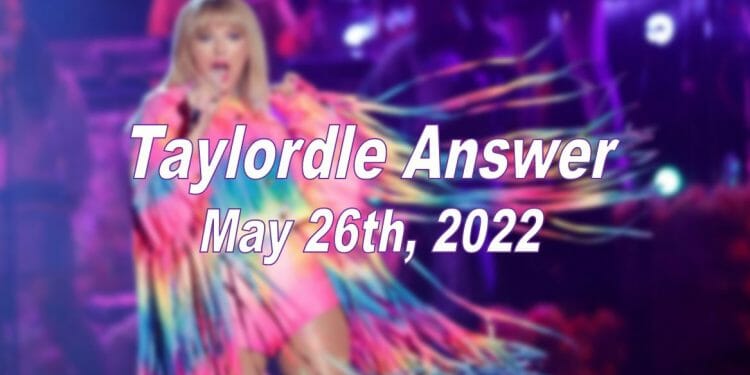 UPDATE: Click here for the hints and the answer to Taylordle 119!

As the word can be difficult at times, we have some hints for the Taylordle 118 word to help you to solve it, which are:

Hint 1: Contains the letter R.
Hint 2: It starts with the letter C.
Hint 3: There are two vowels in the word today.
Hint 4: It is a genre of music that Taylor Swift started with.

The answer to Taylordle 118 is…

FUN FACT: At 14 years old, Taylor was offered a record deal. The aspiring country singer signed with Big Machine Records in 2004. In 2006, the singer released her self-titled debut album, Taylor Swift. It featured “Tim McGraw,” which was her first top 40 hit.