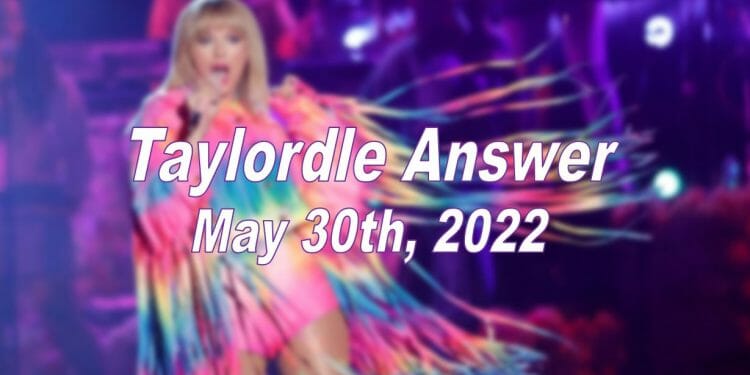 UPDATE: Click here for the hints and the answer to Taylordle 123!

As the word can be difficult at times, we have some hints for the Taylordle 122 word to help you to solve it, which are:

Hint 1: Contains the letter M.
Hint 2: It starts with the letter B.
Hint 3: There are two vowels in the word today.
Hint 4: It is the second word to a three word song that is on Taylor’s Reputation album.

The answer to Taylordle 122 is…

FUN FACT: According to @TSwiftFTS on Twitter, “Don’t Blame Me” was Taylor Swift’s most streamed song on Spotify on May 22nd 2022 surpassing “Blank Space”.