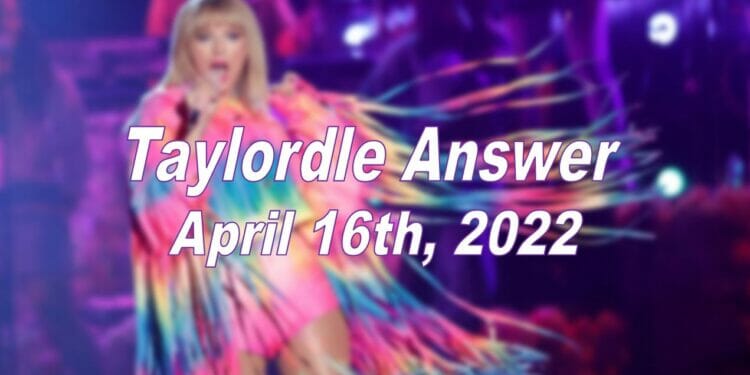 UPDATE: Click here for the hints and the answer to Taylordle 79!

As the word can be difficult at times, we have some hints for the Taylordle 78 word to help you to solve it, which are:

Hint 1: Contains the letter R.
Hint 2: It starts with the letter A.
Hint 3: There are two vowels in the word (one letter repeated).
Hint 4: Something you get to show your achievements.

The answer to Taylordle 78 is…

FUN FACT: Since the beginning of her career, Taylor Swift has been nominated for over 500 awards, and has won 324!