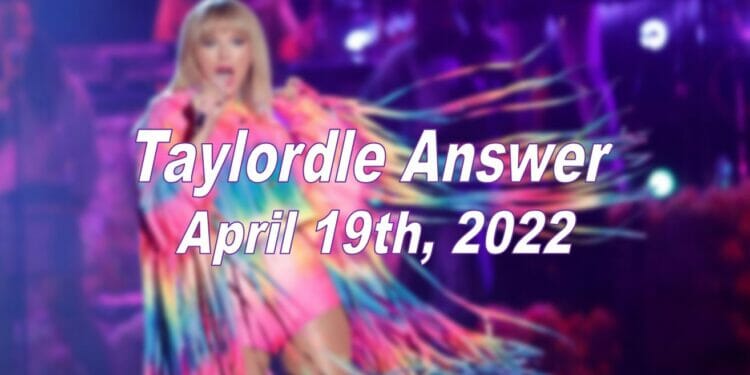 UPDATE: Click here for the hints and the answer to Taylordle 82!

As the word can be difficult at times, we have some hints for the Taylordle 81 word to help you to solve it, which are:

Hint 1: Contains the letter D.
Hint 2: It starts with the letter L.
Hint 3: There are two vowels in the word (one letter repeated).
Hint 4: It is a name of a city in England.

The answer to Taylordle 81 is…

FUN FACT: Joe Alwyn, famously the “London Boy” in Taylor Swift’s song from Lover, and Taylor are reportedly living in a £7 million six-bedroom townhouse in the North London.