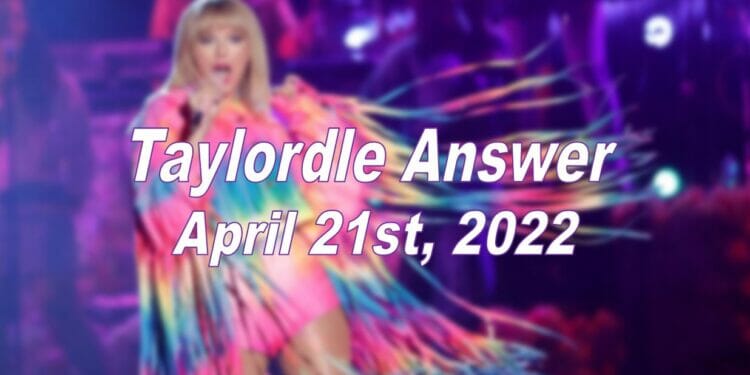 UPDATE: Click here for the hints and the answer to Taylordle 84!

As the word can be difficult at times, we have some hints for the Taylordle 83 word to help you to solve it, which are:

Hint 1: Contains the letter B.
Hint 2: It starts with the letter D.
Hint 3: There are three vowels in the word (one letter for all three).
Hint 4: It is a month in the year.

The answer to Taylordle 83 is…

FUN FACT: Here is what Taylor had to say about her Back to December song:

“This is about somebody who was incredible to me, just perfect to me in a relationship, and I was really careless with him, so these are the words that I would say to him – that he deserves to hear.”