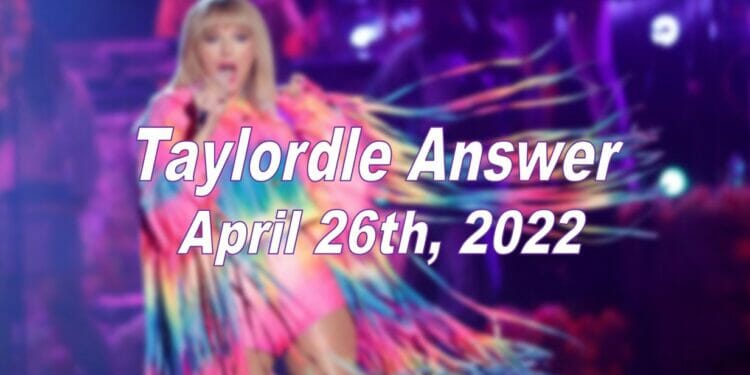 UPDATE: Click here for the hints and the answer to Taylordle 89!

As the word can be difficult at times, we have some hints for the Taylordle 88 word to help you to solve it, which are:

Hint 1: Contains the letter V.
Hint 2: It starts with the letter R.
Hint 3: There are three vowels in the word (all three are the same letter).
Hint 4: It is the third word from the title of one of her Speak Now album songs.

The answer to Taylordle 88 is…

FUN FACT: Taylor Swift has worked with many people to co-write some of her songs, but for the Speak Now album, none of the songs had a co-writer and they are purely her own words.