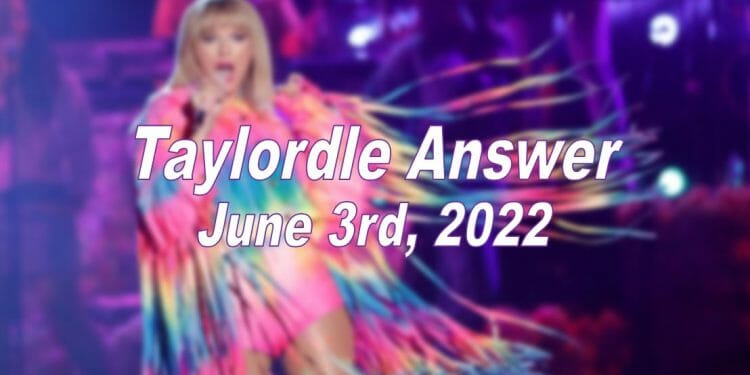 UPDATE: Click here for the hints and the answer to Taylordle 127!

As the word can be difficult at times, we have some hints for the Taylordle 126 word to help you to solve it, which are:

Hint 1: Contains the letter C.
Hint 2: The word starts with a G.
Hint 3: There are two vowels in the word today.
Hint 4: It is the third word to a song in Taylor’s fourth album.

The answer to Taylordle 126 is…

FUN FACT: In 2005, Taylor was told by an interviewer, “If music doesn’t work out, you could be a hair model“. In 2012, the same woman interviewed her again and apologized for saying it.