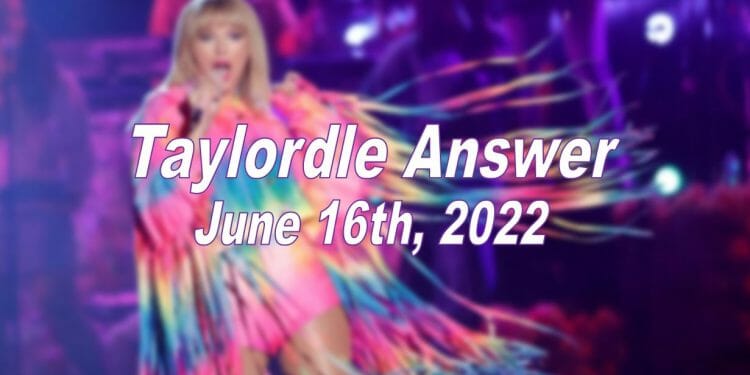 UPDATE: Click here for the hints and the answer to Taylordle 140!

As the word can be difficult at times, we have some hints for the Taylordle 139 word to help you to solve it, which are:

Hint 1: Contains the letter R.
Hint 2: The word starts with a W.
Hint 3: There is only one vowel in the word today.
Hint 4: It is a single distinct meaningful element of speech or writing, used with others (or sometimes alone) to form a sentence and typically shown with a space on either side when written or printed.

The answer to Taylordle 139 is…

FUN FACT: Taylor Swift helped a 4-year-old girl with terminal brain cancer cross the last item off her bucket list, which was “to dance to Shake it of with Tay Tay“. She went on FaceTime with the girl after she saw #ShakeItOffJalene trending on Twitter.