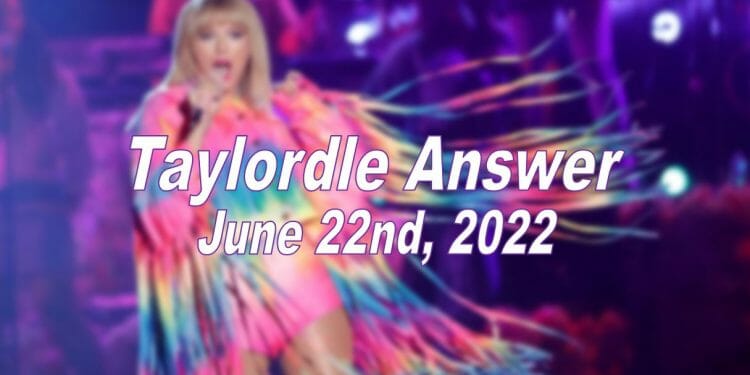 UPDATE: Click here for the hints and the answer to Taylordle 146!

As the word can be difficult at times, we have some hints for the Taylordle 145 word to help you to solve it, which are:

Hint 1: Contains the letter R.
Hint 2: The word starts with a M.
Hint 3: There is only one vowel in the word today.
Hint 4: The word means join together; combine harmoniously.

The answer to Taylordle 145 is…

FUN FACT: In 2012, Lady Michelle Obama presented Taylor with ‘The Big Help Award‘ for her dedication to helping others.