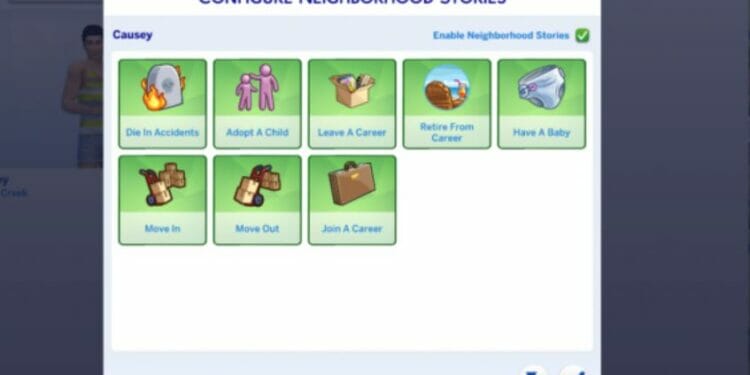 EA recently deployed a brand new The Sims 4 update, 1.55, on March 15th, 2022. Here are the patch notes for the Neighborhood Stories update.

We have a brand new The Sims 4 update, 1.55, released on March 15th, 2022. The update is available to download on PC, Mac, PS4, and Xbox One. The download size will vary depending on what platform you’re on.

If you’re looking to download the 1.55 The Sims 4 update on PC, open Origin, right-click The Sims 4, and select “update”. However, it should update automatically once you’ve opened up Origin.

Today’s patch addresses a number of bugs, several new scenarios, and the expansion of Neighborhood stories. Here are the official patch notes for the 1.55 March 2022 update.

The biggest addition in today’s Sims patch is life changes for all Neighbor sims. Players can now adopt young sims in their household between infant and toddler. Other additions include Sims having the ability to become pregnant and eventually deliver, adopt a dog or cat, join and leave careers, move into and out of lots, and die in different kinds of accidents.

Players can configure neighborhood stories that will allow you to tune which life changes Neighbor Sims can and cannot have. In the panel pictured below, you can select the options you’d like to enable or disable. 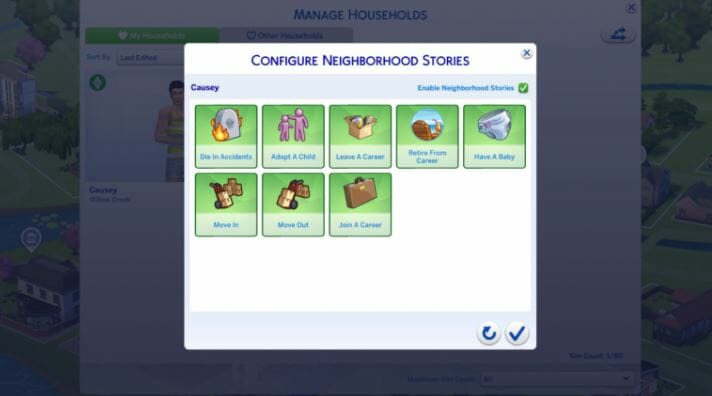 Players can choose to enable or disable each type of life change for each group of households with the option to disable all stories for selected households. Neighborhood stories are enabled by default for other households and disabled for my households.

Here’s everything that you need to know about Neighborhood stories in the Sims 4 1.55 update:

A critical part of the Neighborhood Stories System is a set of new gameplay controls that allow you to tune which life changes Neighbor Sims can and cannot have.

Now Available Along with Existing Household Support in Select Scenarios!

Would you like to try out some brand new Scenarios? With today’s base game update you can!

We’ve added 7 new Scenarios to The Sims 4. When you boot up the game today you’ll have access to: