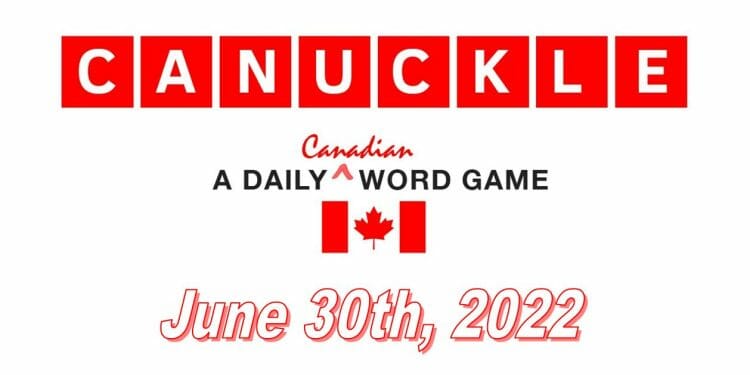 UPDATE: Click here for the hints and the answer to Canuckle 142!

It looks like Canuckle will be coming to an end, as when you have solved the puzzle for the day, it says only two days remaining, meaning that it will end on Canada day, which is on the 1st July, 2022.

As the word can be quite difficult, we have some hints for Canuckle 141 to help you to solve it, which are:

Hint 1: Contains the letter K.
Hint 2: It starts with the letter P.
Hint 3: There is only one vowel in the word today.
Hint 4: A black disc made of hard rubber, used in ice hockey.

The answer for Canuckle 141 is:

According to legend, the first hockey pucks used in early outdoor hockey games were pieces of frozen cow dung. Other early versions were made out of wood cut from the branches of trees. Sometimes even stones would suffice. Around 1875, rubber lacrosse balls were sliced in thirds and only the middle section was kept. Eventually, vulcanized rubber became the standard material used for hockey pucks.

Click here for the hints and the answer to Canuckle 142!