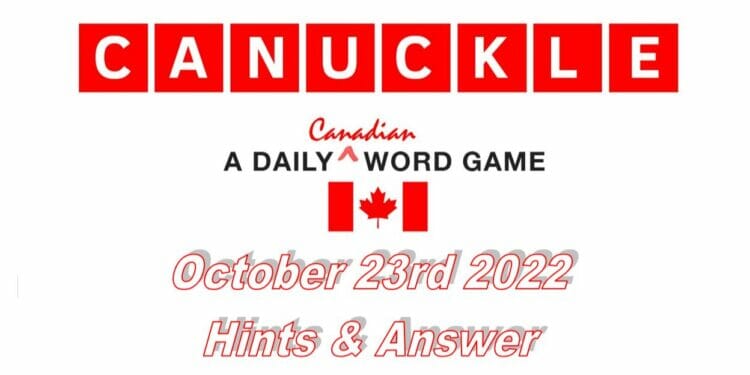 Here is the Canuckle answer today for #162 word, released on October 23rd, 2022 and some hints to help you solve it.

UPDATE: Click here for the hints and the answer to Canuckle 163!

As the word can be quite difficult, we have some hints for Canuckle 162 to help you to solve it, which are:

Hint 1: Contains the letter V.
Hint 2: It starts with the letter S.
Hint 3: There are two vowels in the word today (only one letter).
Hint 4: A number.

The answer for Canuckle 162 is:

The Group of Seven was a group of painters from 1920 to 1933, best known for their paintings inspired by the Canadian landscape that initiated the first major Canadian national art movement.

Click here for the hints and the answer to Canuckle 163!