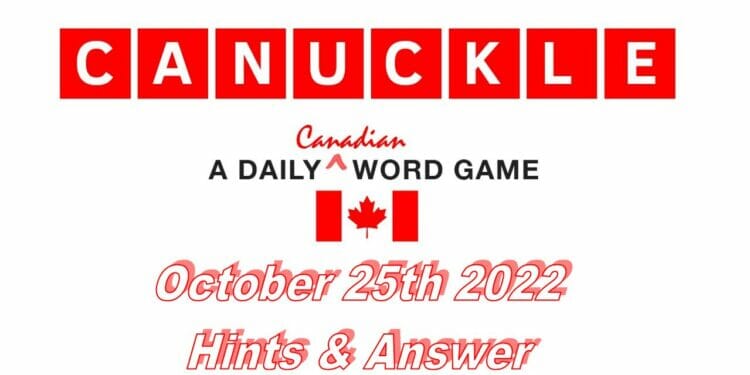 Here is the Canuckle answer today for #164 word, released on October 25th, 2022 and some hints to help you solve it.

UPDATE: Click here for the hints and the answer to Canuckle 165!

As the word can be quite difficult, we have some hints for Canuckle 164 to help you to solve it, which are:

Hint 1: Contains the letter S.
Hint 2: It starts with the letter B.
Hint 3: There are two vowels in the word today.
Hint 4: A bowl for washing, typically attached to a wall and having taps connected to a water supply; a washbasin.

The answer for Canuckle 164 is:

Canada is home to numerous basins, including Canada Basin in the Arctic, Basin Head Beach in Prince Edward Island, the Sudbury Basin in Ontario, and the Western Canada Sedimentary Basin which underlies 1.4 million square kilometres across Manitoba, Saskatchewan, Alberta, and British Columbia.

Click here for the hints and the answer to Canuckle 165!