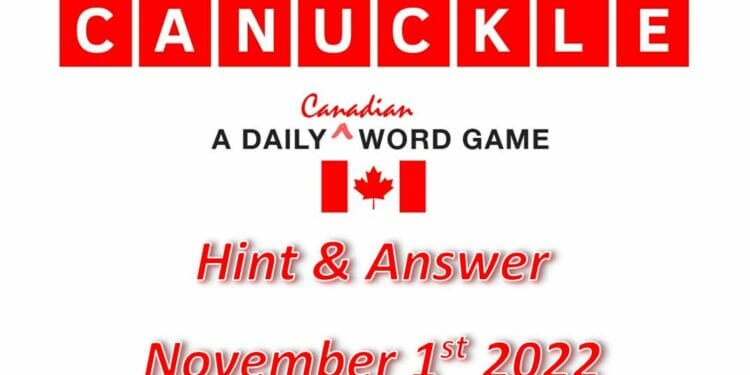 Here is the Canuckle answer today for #171 word, released on November 1st, 2022 and some hints to help you solve it.

UPDATE: Click here for the hints and the answer to Canuckle 172!

As the word can be quite difficult, we have some hints for Canuckle 171 to help you to solve it, which are:

Hint 1: Contains the letter N.
Hint 2: It starts with the letter B.
Hint 3: There are two vowels in the word today.
Hint 4: An organ of soft nervous tissue contained in the skull of vertebrates, functioning as the coordinating centre of sensation and intellectual and nervous activity.

The answer for Canuckle 171 is:

Canada’s neuroscience and mental health researchers are among the most productive and influential in the world. Canada is among the world’s five most active countries in neuroscience. Canadian researchers have contributed to major scientific advancements in brain research that have furthered the field both nationally and internationally. Brain Canada plays an invaluable, critical role in this success.

Click here for the hints and the answer to Canuckle 172!