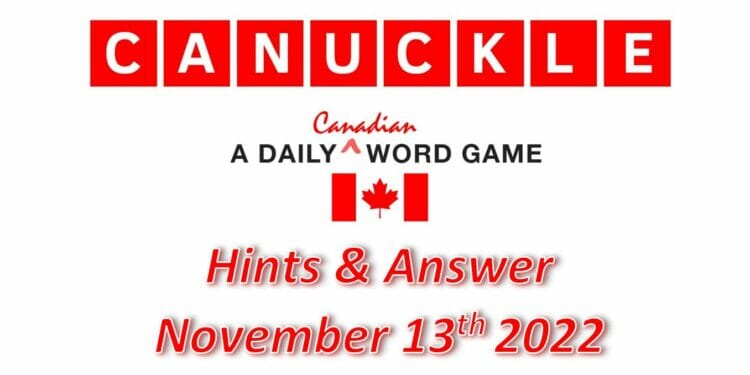 Here is the Canuckle answer today for #183 word, released on November 13th, 2022 and some hints to help you solve it.

UPDATE: Click here for the hints and the answer to Canuckle 184!

As the word can be quite difficult, we have some hints for Canuckle 183 to help you to solve it, which are:

Hint 1: Contains the letter G.
Hint 2: It starts with the letter A.
Hint 3: There are two vowels in the word today.
Hint 4: A professional Canadian football team.

The answer for Canuckle 183 is:

The Toronto Argonauts (colloquially known as the Argos) are a professional Canadian football team in the CFL. Founded in 1873, the team is the oldest existing professional sports team in North America still using its original name. The Argos have won the Grey Cup a record 17 times and have appeared in the final 23 times.

Click here for the hints and the answer to Canuckle 184!