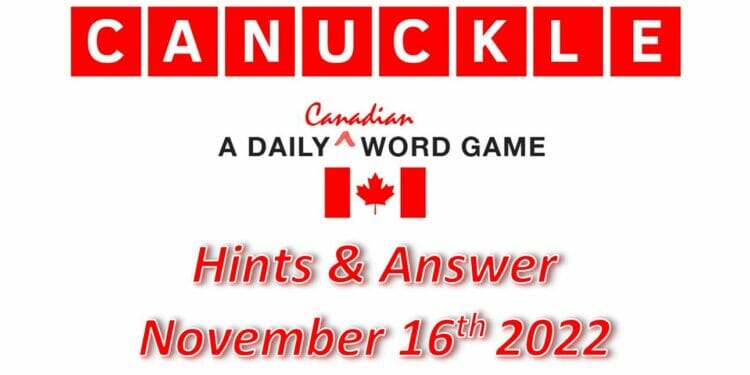 Here is the Canuckle answer today for #186 word, released on November 16th, 2022 and some hints to help you solve it.

UPDATE: Click here for the hints and the answer to Canuckle 187!

As the word can be quite difficult, we have some hints for Canuckle 186 to help you to solve it, which are:

Hint 1: Contains the letter D.
Hint 2: It starts with the letter S.
Hint 3: There are two vowels in the word today (only one letter).
Hint 4: There is a repeated letter.
Hint 5: The unit of reproduction of a flowering plant, capable of developing into another such plant.

The answer for Canuckle 186 is:

Click here for the hints and the answer to Canuckle 187!