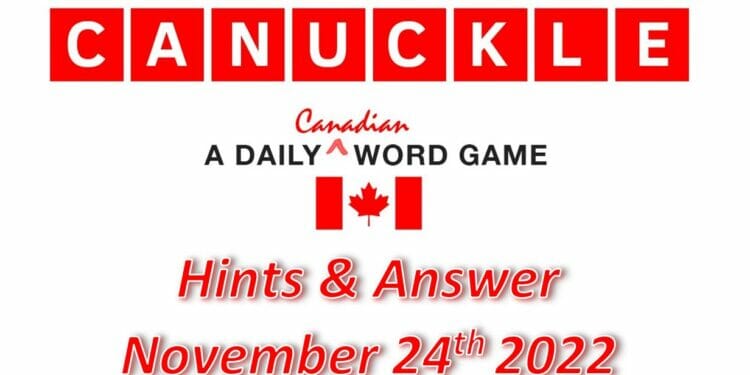 Here is the Canuckle answer today for #194 word, released on November 24th, 2022 and some hints to help you solve it.

UPDATE: Click here for the hints and the answer to Canuckle 195!

As the word can be quite difficult, we have some hints for Canuckle 194 to help you to solve it, which are:

Hint 1: Contains the letter P.
Hint 2: It starts with the letter S.
Hint 3: There are two vowels in the word today.
Hint 4: Very good or pleasant; excellent.

The answer for Canuckle 194 is:

It’s a Bird… It’s a Plane… It’s Superman! The Superman character was co-created by Canadian artist Joseph Shuster. Born in Toronto, he is a cousin of Wayne Shuster, one-half of the beloved Canadian comedy duo Wayne and Shuster. Joseph, who passed away in 1992 at the age of 78, said Metropolis was modelled on Toronto and the Daily Planet was inspired by the Toronto Star, which he delivered as a kid.

Click here for the hints and the answer to Canuckle 195!