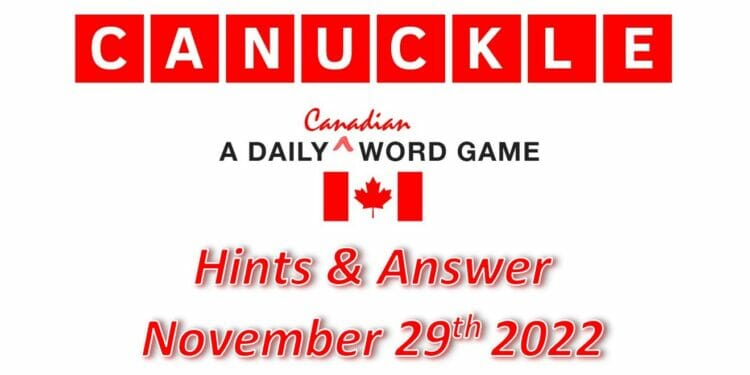 Here is the Canuckle answer today for #199 word, released on November 29th, 2022 and some hints to help you solve it.

UPDATE: Click here for the hints and the answer to Canuckle 200!

As the word can be quite difficult, we have some hints for Canuckle 199 to help you to solve it, which are:

Hint 1: Contains the letter L.
Hint 2: It starts with the letter S.
Hint 3: There are two vowels in the word today.
Hint 4: Soft finely stratified sedimentary rock that formed from consolidated mud or clay and can be split easily into fragile plates..

The answer for Canuckle 199 is:

The Burgess Shale is a fossil-bearing deposit exposed in the Canadian Rockies of British Columbia, Canada. Found in Canada’s Yoho National Park, it is one of the most important fossil sites in the world! The rocks here preserve not only the usual hard shells of ancient organisms, but also soft skin and tissue, allowing for stunning impressions of the strange creatures of 500 million years ago!

Click here for the hints and the answer to Canuckle 200!