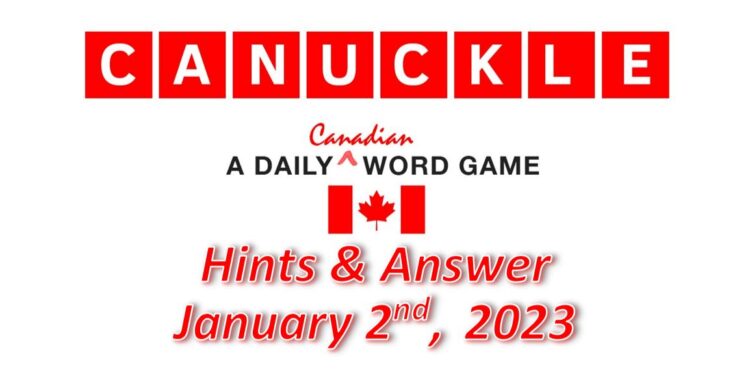 Here is the Canuckle answer today for #233 word, released on January 2nd, 2023 and some hints to help you solve it.

UPDATE: Click here for the hints and the answers to Canuckle 234!

As the word can be quite difficult, we have some hints for Canuckle 233 to help you to solve it, which are:

Hint 1: Contains the letter K.
Hint 2: It starts with the letter B.
Hint 3: There are two vowels in the word today.
Hint 4: A two-wheeled vehicle.

The answer for Canuckle 233 is:

Did you know Toronto, Ontario makes one of the world’s best racing bikes? Using the same tools and techniques as Formula One teams, Toronto-based Cervélo builds what have been called some of the world’s fastest and lightest bikes. At the 2008 Olympics in Beijing, athletes riding Cervélo bikes won 10 medals, while in 2008, Carlos Sastre rode a Cervélo bike to win the Tour de France.

Click here for the hints and the answers to Canuckle 234!