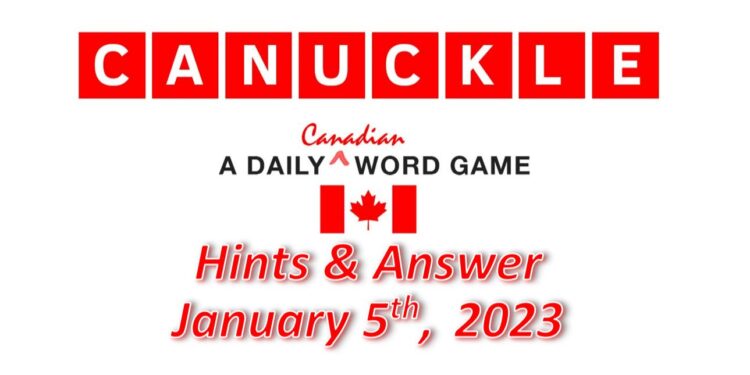 Here is the Canuckle answer today for #236 word, released on January 5th, 2023 and some hints to help you solve it.

UPDATE: Click here for the hints and the answers to Canuckle 237!

As the word can be quite difficult, we have some hints for Canuckle 236 to help you to solve it, which are:

Hint 1: Contains the letter S.
Hint 2: It starts with the letter D.
Hint 3: There are two vowels in the word today.
Hint 4: A mound or ridge of sand or other loose sediment formed by the wind, especially on the sea coast or in a desert.

The answer for Canuckle 236 is:

The world’s smallest desert can be found in the Yukon! In truth, the moniker is used in good fun as the Carcross Desert isn’t a desert at all. The beautiful 2.5 square kilometre patch of land is a series of sand dunes left over from a glacial lake thousands of years ago. The tiny area is kept dry year-round thanks to the surrounding mountains.

In contrast, the Athabasca Sand Dunes in Saskatchewan is the largest active sand surface in Canada at 1925 km² and one of the world’s most northerly major sand dunes.

Click here for the hints and the answers to Canuckle 237!