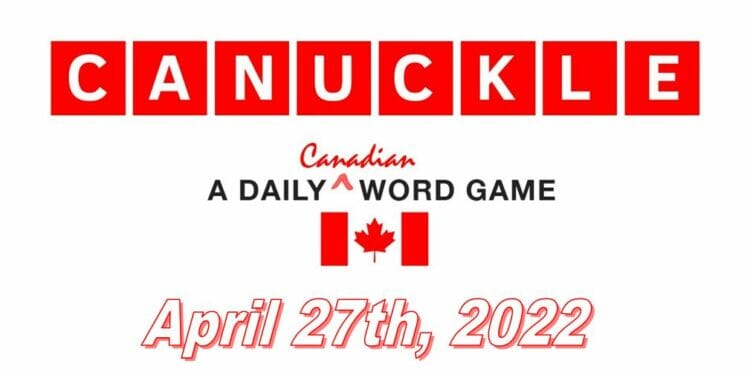 UPDATE: Click here for the hints and the answer to Canuckle 78!

As the word can be quite difficult, we have some hints for Canuckle 77 to help you to solve it, which are:

Hint 1: Contains the letter G.
Hint 2: It starts with the letter R.
Hint 3: There is only one vowel in the word today.
Hint 4: It is a sport.

Here is how I managed to solve the answer to Canuckle 77 today in three guesses. I started with the word ‘MAPLE’ which was a terrible guess for the word today as none of the letters were in the answer today. I then wanted to guess a word that has two other vowels in it to try and figure out which vowels are in the word.

The word I guessed next was ‘SHOUT’ and this only showed me that there is a U in the word, with no other letters being revealed. I then decided to guess a word that has an I in it as that is the last vowel. I guessed the word ‘GUIDE’, which I knew couldn’t be the answer as I have already know there is no E in the word today.

This word placed the U correctly and also showed me that there is a G in the answer. I decided to guess the word ‘BUGGY’ next to see if I could place the G correctly in the word.

Luckily, one of the G’s did get placed correctly as well as the Y. It also showed me that there is a B in the word. As the B is not the first letter, it has to be the fourth letter. This only leaves the first letter to be guessed, which made it very easy to guess the answer to Canuckle 77, which is…

Buoyed by its inclusion in the 2016 Olympic Games, Rugby is one of the fastest growing team sports in Canada, particularly in youth and women.

Click here for the hints and the answer to Canuckle 78!