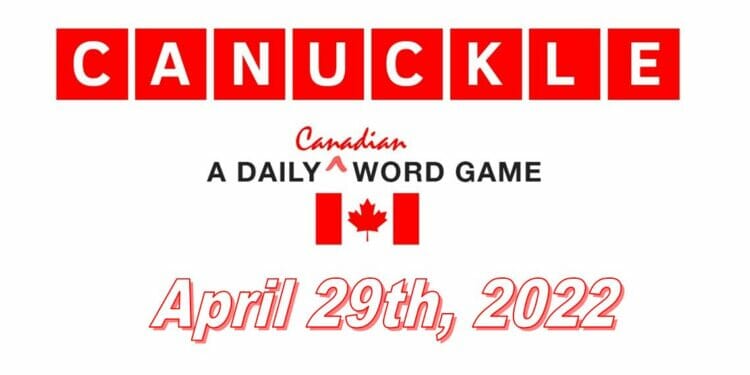 UPDATE: Click here for the hints and the answer to Canuckle 80!

As the word can be quite difficult, we have some hints for Canuckle 79 to help you to solve it, which are:

Hint 1: Contains the letter R.
Hint 2: It starts with the letter E.
Hint 3: There are two vowels in the word today (one letter repeated).
Hint 4: A leader or senior figure in a tribe or other group.

Here is how I managed to solve the answer to Canuckle 79 today in four guesses. I started with the word ‘MAPLE’ which was a good guess for today as it showed me that there is an L and E in the word, but they have not been placed correctly.

I then decided to guess the word ‘FLIER’ as this places the known letters in a different position as well as using different letters to see if they appear in the word. This was a great guess as it placed the L, E and R in the correct positions, leaving only two letters to be guessed.

The next word I guessed was ‘SLEER’ as I wanted to see if there is a double E. This word showed me that there is another E, but not the third letter, which means it has to be the first.

This made it very easy to guess the answer to Canuckle 79 on my next guess, which is…

Elders are respected individuals who play key roles in Indigenous communities, They are important knowledge keepers, and they also help to ensure cultural continuity.

Click here for the hints and the answer to Canuckle 80!