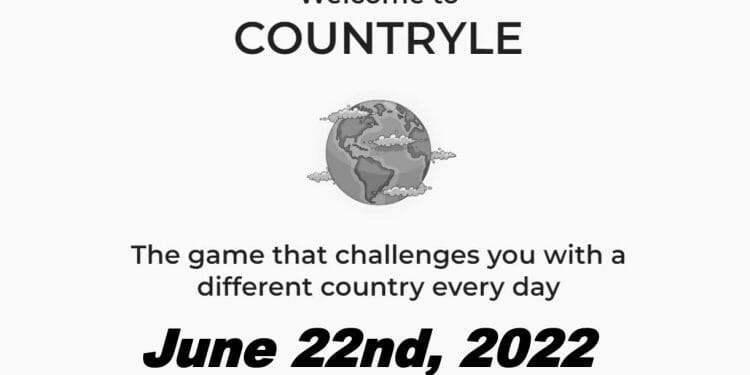 UPDATE: Click here for the hints and the answers to Countryle 124!

There are many games that have come into fruition since the launch of Wordle, with some of the more popular takes being Quordle, Globle, Heardle, Octordle and Nerdle to name just a few.

Countryle is a game that is similar to Globle, where you need to guess the country of the day, with no initial hints. Once you have made a guess, this game will show you how close you are to the answer with the following clues:

The colour system is different from Globle as well, as red means you are far away from the answer, yellow means you are close and green means you have guessed it correctly. This will show you how close you are for every clue.

The word can be difficult to solve sometimes so here are some clues we have for Countryle 123 to help you to solve the answer today.

Hint 1: It starts with the letter P.
Hint 2: There are nine letters in the name of the country.
Hint 3: It is in the northern part of the world.
Hint 4: The country is located in Asia.

If you are still struggling for the word today, the answer to Countryle is:

There are over 7 million Palestinians living in exile, many in refugee camps in Lebanon, Syria and Jordan. The majority are those who were forced out during the creation of Israel in 1948, known to Palestinians as the Nakba or ‘catastrophe’, and their descendants. Under international law these refugees have a right to return to the lands from which they were expelled. However, Israel has continuously denied them of this right. Some Palestinians remained in what is now Israel. Today, 1.7 million live as second class citizens, comprising more than 20% of Israel’s population. They are subject to over 65 laws that discriminate against them because they are Palestinian.

Well done if you managed to guess the answer to the Countryle puzzle today! Click here for the hints and the answers to Countryle 124!