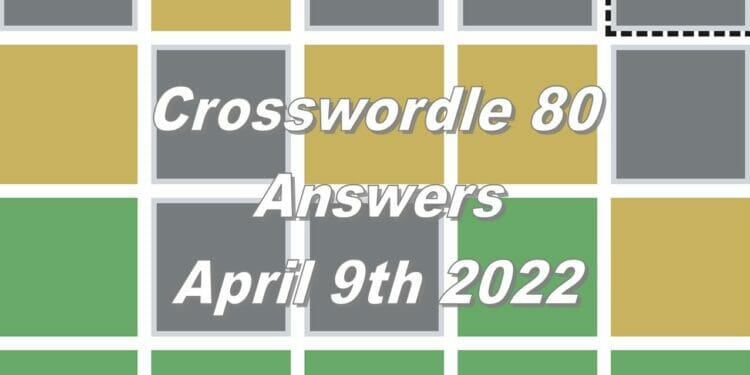 Here is the answer for the Crosswordle 80 words for today, released on April 9, 2022.

The word at the bottom of the Crosswordle 80 is ‘AORTA’ and as it is now the weekend, the grid is two rows longer! The row above the word you have been given has two green tiles, which have to be O and R. There is also one yellow tile as the first letter and this letter can only be a T as the A is directly underneath the tile.

There are two yellow tiles in the row above, which can be any of the coloured-tiled letters as long as the letter does not appear in the column. The top two rows are fully grey tiles, which means none of the letters used can be in the answer or used in any of the other words.

Here are the words that I used to complete the Crosswordle 80 puzzle today:

Well done if you were close or managed to solve the Crosswordle yourself! Click here for the answer to Crosswordle 81!