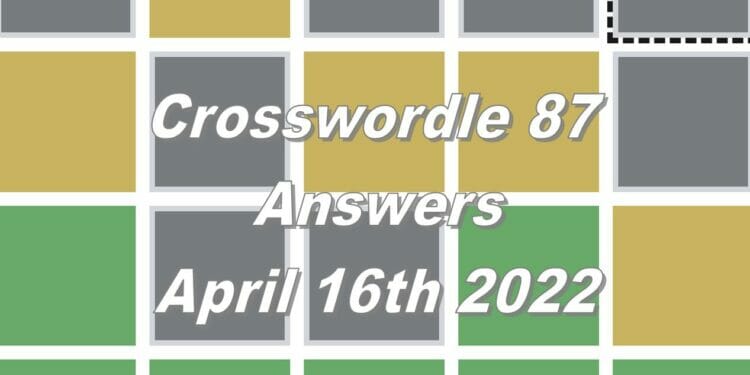 As it is the weekend, the Crosswordle requires you to fill in five words instead of the normal three. The word at the bottom of the Crosswordle 87 is ‘MARCH’ and the row above has three green tiles. The letters in the tiles will have to be the same as the ones in the row below, which is A, R and H.

The two top rows are all grey tiles, which means the letters in these words cannot appear any of the previous rows.

Here are the words that I used to complete the Crosswordle 87 puzzle today:

Well done if you were close or managed to solve the Crosswordle yourself! Click here for the answer to Crosswordle 88!