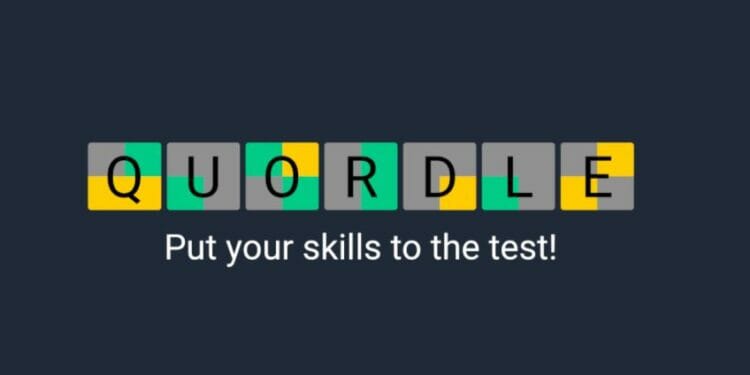 Another day, another Quordle to conquer. Number 58 has been released on March 23, 2022, and here are our daily tips, hints, and answers.

Quordle started off as a small project that began at the end of January 2022 after the creator, Freddie Meyer, came across an article mentioning Dordle, a word game created by Guilherme S. Töws.

A prototype of the game was released on January 30th and was linked in a friends group chat. Despite obvious design flaws, the game had promise by creating a more difficult game than Wordle. The code for the game was cleaned up and after a few days, there were 20-30 people in Ohio playing the game on a regular basis.

The game took off after The Guardian posted an article on Quordle. A few weeks ago, the tutorial page on the site stated that the game had 500,000 daily players with a total of 2 million players.

Fast forward to today and the game now has 2 million daily players and has over 15 million players in total. If you’re new to the game, players are tasked with guessing four five-letter words in nine tries or less. There’s a practice game mode that provides players with an unlimited number of games, but there is no score to share at the end.

The daily game mode gives players one shot and the previously mentioned nine attempts to beat the daily word puzzle. Everything else works the same as Wordle in terms of the tiles changing colour based on the letters guessed in the word you submit as your attempt. A new set of words are available at midnight and we cover each one with our own hints, tips, and answers. Here are our hints and answers for Quordle 58 released on March 23rd, 2022. 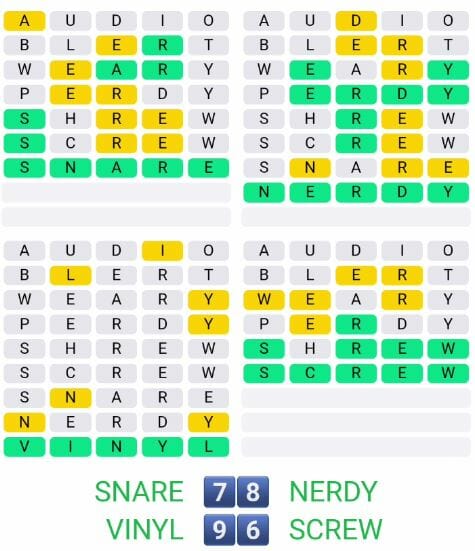