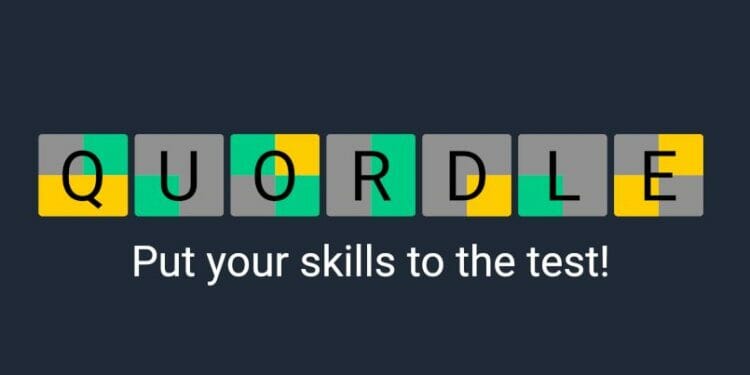 Here’s everything you need to conquer Quordle 73, released on April 7th, 2022.

We’ve seen a few surveys on sites like Express that have asked players what daily game they prefer playing. It’s not surprise that Wordle isn’t the most popular choice right now, likely due to the lack of challenge for most players.

Quordle was the most popular choice on the survey we saw, followed by Wordle and Nerdle. From what we’ve seen on Google Trends, it looks like the game is continuing to grow week by week.

Quordle tasks players with guessing four five-letter words in nine attempts or less. Like Wordle, the tiles of the letters will change colour based on whether or not the letters chosen in your guess are in the words of the day, and in the right location.

A new Quordle word puzzle is released at midnight local time. With Quordle being far more difficult than other word games, we’ve decided to cover each puzzle with our own hints and tips along with answers for each puzzle. Below, you’ll find everything you need to help you conquer Quordle 73, released on April 7th, 2022. 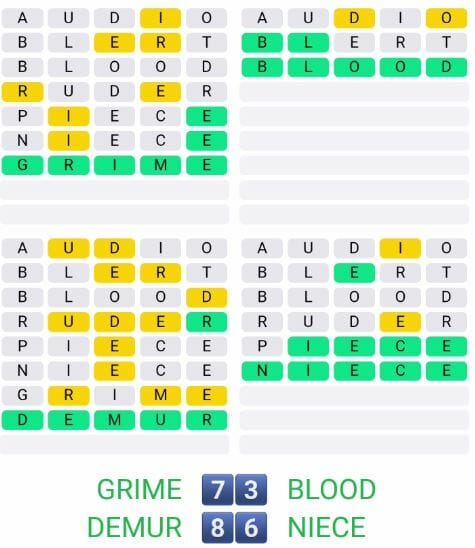