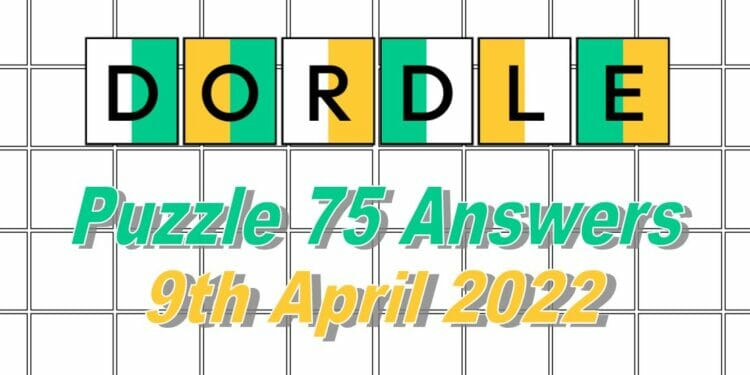 UPDATE: Click here for the hints and the answers to Dordle 76!

Some Dordle puzzles may be more difficult to solve than others, so here are some hints we have to help you solve the Dordle #75 words today.

Hint 1: There is one common letter in the Dordle words today, which is an R.
Hint 2: There are two vowels in both the words but the second word has one vowel which is repeated.
Hint 3: The first word begins with a T whilst the second Dordle word begins with an R.
Hint 4: The first word is a device for controlling the passage of fluid or air through a pipe, duct, etc., especially an automatic device allowing movement in one direction only. The second word is (of a sound or voice) high and thin in tone.

Here is how I managed to solve the words for Dordle 75 today. First I guessed the word ‘AUDIO’, which showed me that there is a U and O in the first word and a D in the second. I then guessed ‘BLERT’ as all the letters in this word have not been guessed before.

This word showed me that there is an R in both words and the T was placed in the correct position for the first word and the E in the second word. I then decided to guess the word ‘GREED’ as I thought this could have been the answer for the second word.

Looking at the second word that I also knew four letters for, I did manage to guess the answer in my next guess, which is…

Well done if you managed to guess one or two of the words correctly! Click here for the hints and the answers to Dordle 76!