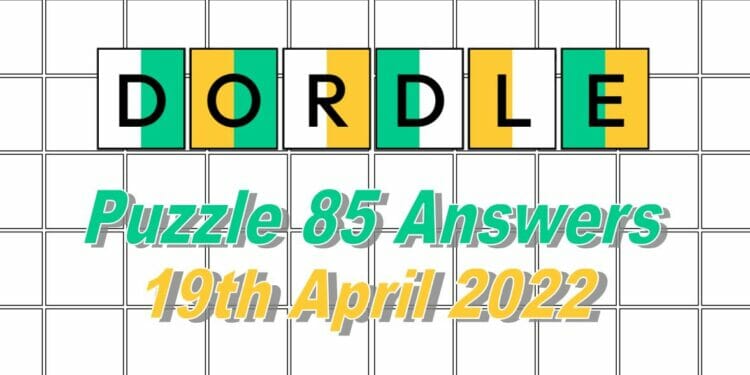 UPDATE: Click here for the hints and answers to the Dordle 86 words.

Some Dordle puzzles may be more difficult to solve than others, so here are some hints we have to help you solve the Dordle #85 words today.

Hint 1: There are two common letters in the Dordle words today, which are N and E.
Hint 2: There are two vowels in both of the words.
Hint 3: The first word begins with an I and the second one begins with an S.
Hint 4: The first word means to deduce or conclude something from evidence and reasoning rather than from explicit statements.. The second Dordle word is to give out a bright light.

Here is how I managed to solve the words for Dordle 85 today. First I guessed the word ‘AUDIO’, which showed me there is an I in the first word and an O in the second. I then guessed the word ‘BLERT’ as this a word that uses letters I have not guessed yet.

I then guessed the word ‘SCONE’ for the second word, and this was a great guess as it placed the S, O, N and E in the correct positions, which means there is only one letter to be guessed. This made it very easy to guess the answer to the second word of Dordle 85m which is…

For the first word, I guessed the word ‘MINER’ which placed the letters R and E in the correct positions. I then managed to guess the answer to the first word of Dordle 85 in my next guess, which is…

Well done if you managed to guess one or two of the words correctly! Click here for the hints and answers to the Dordle 86 words.