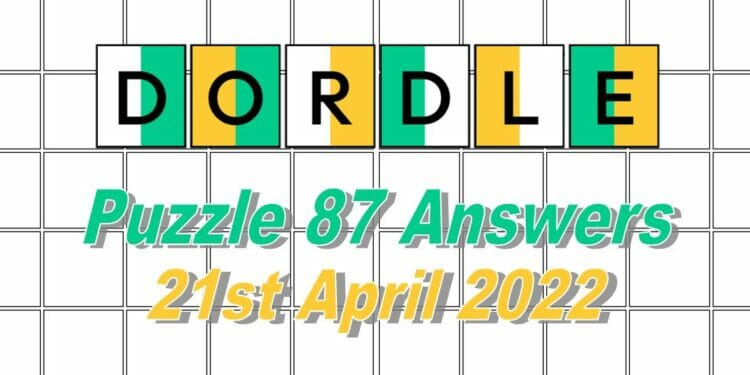 UPDATE: Click here for the hints and the answer to Dordle 88!

Some Dordle puzzles may be more difficult to solve than others, so here are some hints we have to help you solve the Dordle #87 words today.

Hint 1: There are no common letters in the Dordle words today.
Hint 2: There is one vowel in both words.
Hint 3: The first word begins with an F and the second one begins with an R.
Hint 4: The first word is the soft substance consisting of muscle and fat that is found between the skin and bones of a human or an animal. The second Dordle word is used to describe something that resembles or has a characteristic of a rat.

Here is how I managed to solve the words for Dordle 87 today. First I guessed the word ‘AUDIO’, which wasn’t the best guess for the words today as it only showed me that there is an A in the second word, which has not been placed in the correct position.

This word only showed me that there is an S in the word, but no other letters were revealed. I did however manage to guess the answer to the first word of Dordle 87, which is…

I know there is an R, A and T in the second word and there weren’t that many letters left that I hadn’t guessed. I decided rearrange the letters to put ‘RAT’ at the start of the word, which helped me to solve the answer to the second word of Dordle 87, which is…

Well done if you managed to guess one or two of the words correctly! Click here for the hints and the answer to Dordle 88!