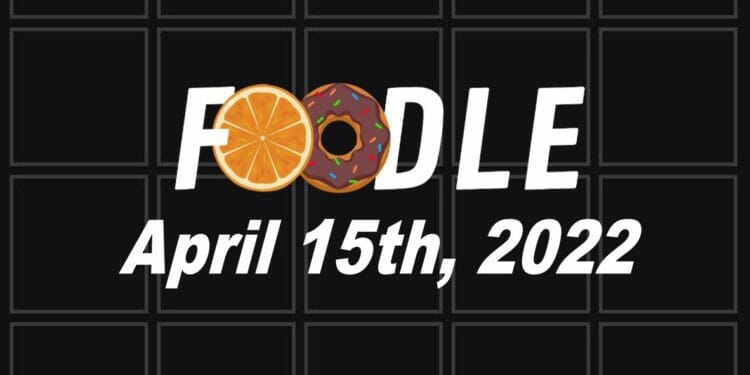 UPDATE: Click here for the hints and the answer to Foodle 106!

The word can be difficult to solve sometimes so here are some clues we have for Foodle 105 to help you to solve the answer today.

Hint 1: Contains the letter Z.
Hint 2: It starts with the letter P.
Hint 3: There are two vowels in the word today.
Hint 4: There is a double letter in the word.
Hint 5: A dish of Italian origin.

Here is how I managed to guess the answer for Foodle 105 today in only three guesses. I first guessed the word ‘GRAPE’ which was a good first guess as it showed me there is an A and P in the word. I then guessed the word ‘PARTS’ as this would place the two known letters in a different position.

This word showed me that the word starts with a P and the A had still not been placed in the correct position. There were also no other letters that were revealed. I then managed to guess the answer to Foodle 105 in my next guess, which is…

Well done if you managed to guess the answer correctly today! Click here for the hints and the answer to Foodle 106!