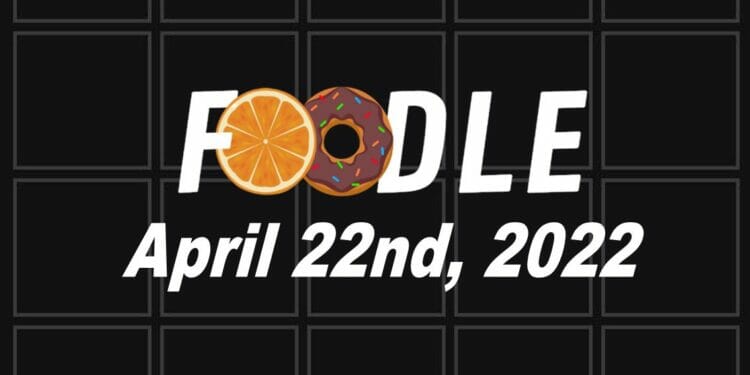 UPDATE: Click here for the hints and the answer to Foodle 113!

The word can be difficult to solve sometimes so here are some clues we have for Foodle 112 to help you to solve the answer today.

Hint 1: Contains the letter N.
Hint 2: It starts with the letter P.
Hint 3: There are two vowels in the word today.
Hint 4: A plum preserved by drying and having a black, wrinkled appearance.

Here is how I managed to guess the answer for Foodle 112 in only two guesses today. I guessed the word ‘GRAPE’ first, my usual starter word, which was a great guess for today’s Foodle as it placed both the R and the E in the correct places, as well as showing me that there is also a P in the word.

I already know that the P in not the fourth letter from the first guess, which means that the word has to start with a P as I do not know of any five letter word with a P after an R. This meant I only have to guess the third and fourth letters, which made it very easy to solve the answer to Foodle 112, which is…

Well done if you managed to guess the answer correctly today! Click here for the hints and the answer to Foodle 113!