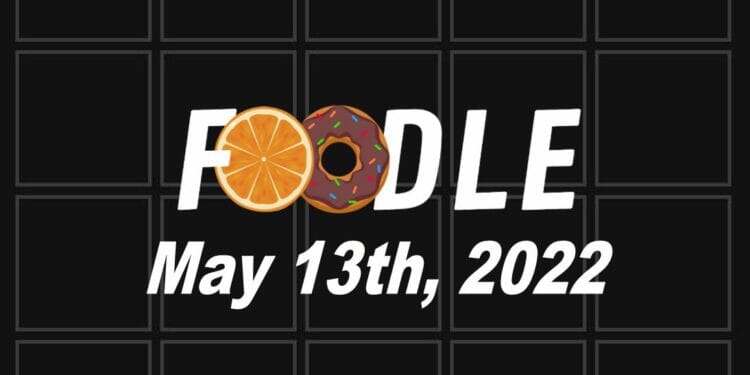 UPDATE: Click here for the hint and answer to Foodle 7 released on May 14th!

The word can be difficult to solve sometimes so here are some clues we have for Foodle 6 to help you to solve the answer today.

Hint 1: Contains the letter J.
Hint 2: It starts with the letter B.
Hint 3: There are two vowels in the word today.
Hint 4: An Indian dish of fried vegetables.

Here is how I managed to guess the answer for Foodle 6 in five guesses today. The first word I guessed is ‘GRAPE’, my usual starter word, which placed the A in the correct position, but did not reveal any other letters in the word.

I guessed the word ‘FILTH’ next to see if I could reveal any other letters in the word. This was a good word to guess as it showed me that there is an I and H in the word, but did not place them in the correct positions.

I could not think of words that have an I, H and A in it, so I guessed another to see if I could reveal any other letters with the word ‘JOKEY’. This guessed only showed me that there is a J in the word, but it has not been placed in the correct position.

The next word I guessed was ‘BANDS’ to use other letters I have not guessed yet as I could not figure out that the word could be with the letters that have been revealed so far. This word placed the B correctly as the first letter.

I realised I had all the five letters in the word, so I just has to rearrange them in order to solve the answer to Foodle 6, which is…

Well done if you managed to guess the answer correctly today! Click here for the hint and answer to Foodle 7 released on May 14th!