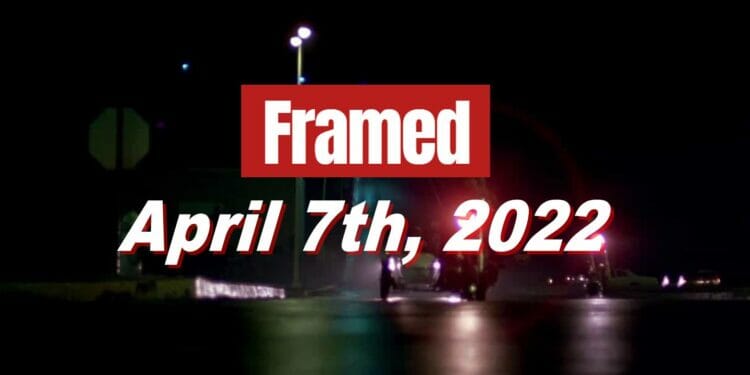 Here is the answer and some hints for the Framed 27 word for today, released on April 7, 2022.

UPDATE: Click here for the hints and the answer to Framed 28!

We’ve discovered a new Wordle spinoff game, and it’s perfect for movie buffs! This game is for cinephiles who want to test their knowledge of films. The name of the game is Framed, and you are given an image from a movie, and it is your job to guess what it is. If you do not answer correctly, you are given another picture, and so on, until the maximum of six pictures before you lose the game.

As with the majority of the spinoff games, a new movie will be available for you to guess at midnight in your local time zone. These puzzles are numbered, and the game’s statistics are also recorded. You can also share your results on social media to show how quickly you solved the answer.

The images in the game are all from the same movie, but in different scenes. Sometimes these hints aren’t enough to help you figure out the answer, but don’t worry, we’ll give you our own hints as well as the answer at the end so you don’t ruin your winning streak!

The first image you are given for Framed 27 is:

Hint 1: There are four words to this movie with the middle two words being ‘of the’.
Hint 2: The first letters of the other two words are both D.
Hint 3: The movie was released in 2004.
Hint 4: It is a horror/action film.
Hint 5: The synopsis of the film is, “Survivors of an epidemic which causes the infected to turn into flesh-eating zombies take refuge in a shopping mall. In addition to battling the undead, they also have to tackle problems from within.”

The answer to Framed 27 is…

DAWN OF THE DEAD!

PLEASE NOTE: There are two options in the game which are:

Make sure you select the first option and not the 2004 one as it will not mark it as correct!

Well done if you managed to guess it correctly! Click here for the hints and the answer to Framed 28!