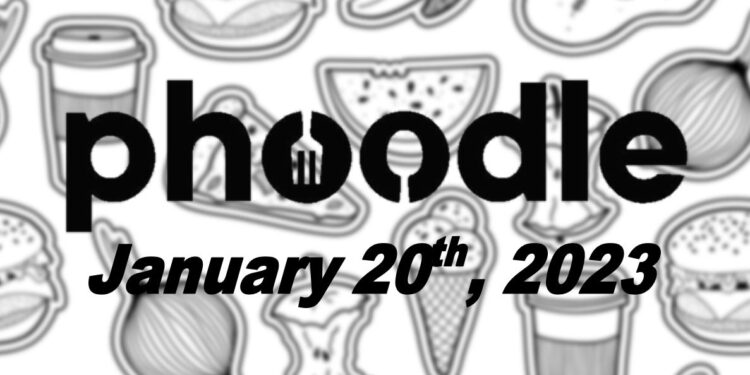 Here is the answer to the Phoodle 257 word for today, released on January 20th, 2023, and some hints to help you solve it.

UPDATE: Click here for the hints and the answer to Phoodle 258!

Phoodle is another Wordle-inspired game we have found, which is another food-related game. Players need to guess the five-letter food-related term, which can be anything from appliances to famous chefs and more.

As with other spin-off games, there are only six guesses in which to solve the answer and there are no initial clues as to what it could be. Once you have made a guess, the colour of the tiles will change, which lets you know if any of the letters you have guessed are in the word and if they are in the correct positions.

If the tile is grey, it means the letter does not appear in the word at all. The colours you really want to see are yellow and green, which shows you if it’s in the word and placed correctly.

You are able to share your results once you have guessed the word, so you show how many guesses it took to solve the answer. There is a new word to guess every day at midnight, so you can fit this game in as one of your daily puzzles!

The word can be difficult to solve sometimes so here are some clues we have for Phoodle 257 to help you to solve the answer today.

Hint 1: Contains the letter L.
Hint 2: It starts with the letter A.
Hint 3: There are four vowels in the word today (one letter appears twice in the word).
Hint 4: Mayonnaise seasoned with garlic.

If you are still struggling to solve the word today, the answer to Phoodle 257 is:

Let us know if you managed to solve the Phoodle answer in the comments section below. Click here for the hints and the answer to Phoodle 258!